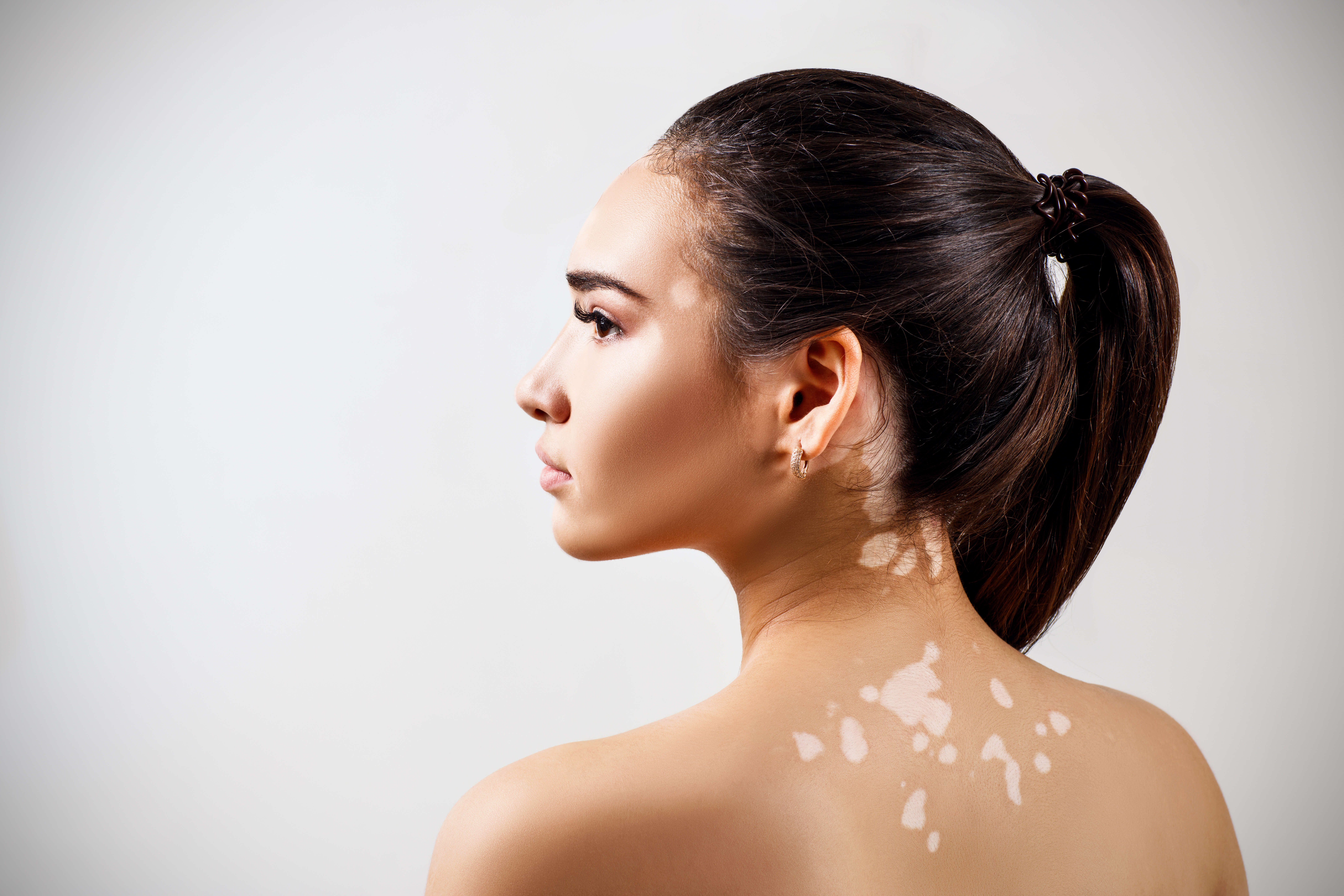 Vitiligo is a condition that affects the skin on any part of the body and causes loss of skin color in patches. Melanocytes normally occur throughout the skin, as well as in the hair follicles, mouth, and eyes. In vitiligo, it occurs when cells that produce melanin die or stop functioning.

While vitiligo affects people of all skin types, it may be more noticeable in people with brown or black skin. Around half of those with vitiligo begin to see the condition develop before age 20, but most will have seen it develop before age 40. However, the condition is not life-threatening or contagious, but it can be stressful or make people feel bad about themselves.

What Are Different Types of Vitiligo?

Below are 2 types of vitiligo on which doctors typically categorize:

In addition, below are common sites of pigment loss, including:

What Are Symptoms of Vitiligo?

In general, vitiligo’s main symptom is loss of natural color or pigment, called depigmentation. The depigmented patches can appear anywhere on the body, such as:

Although the causes of vitiligo aren’t entirely understood, several different theories include:

Also, vitiligo may be triggered by certain events like physical or emotional stress. Since none of the explanations account for the condition completely, a combination of these factors may be responsible for vitiligo.

How Is Vitiligo Treated?

While there is no cure for vitiligo, medical treatment aims to create a uniform skin tone through repigmentation or depigmentation. Hence, below are common treatments, including:

While anyone can get vitiligo at any age but for many people with vitiligo, the white patches appear before age 20 and can start in early childhood. Also, this condition seems to be more common in people who have a family history of vitiligo or with certain autoimmune diseases, including:

How To Care For The Skin?

In addition to medications and other treatments the doctor might prescribe to help manage or stop the spread of vitiligo’s physical symptoms, it’s also essential to know that certain lifestyle habits can help make it less noticeable, such as: