Cosmetic surgery among the stars at this year’s Oscars was rampant and obvious.

That’s not a good thing.

Instead, there were only a small number of actors and others (mostly women) who looked magnificent. Regardless of their age, these aesthetic “winners” were free of the telltale bad cosmetic surgery signs: unnaturally big cheeks, blurred lip borders, taut or frozen skin and more.

Eighty-one-year-old actress Kim Novak presented at the Oscars, announcing the award for Disney’s film Frozen. Unfortunately for the legendary film star, the irony sparked Twitter jokes about her frozen looks.

I noticed more men than women this year seemed to show their age and photodamage. Advancing years, time in the sun and, in some cases, hard living were making their debuts at the 2014 Oscars. So many of these people could benefit from cosmetic options available today.

Let me offer a few specifics. Actor Morgan Freeman has raised black growths on his face, known as papulosa nigra. We can effectively remove those with lasers, but it’s important to go to someone who is experienced. Approaching papulosa nigra in the wrong way can lead to hyperpigmentation or hypopigmentation, especially on skin of color (darker skin types).

Another example is actor Bill Murray, born in 1950. Cosmetic surgery could go a long way in making Mr. Murray look less weathered. He has a lot of brown spots caused by the sun, facial volume loss caused by thinning of the structures beneath the skin, as well as decreased skin elasticity. And, he has turkey gobbler neck, with loose skin. He might feel perfectly comfortable with the imperfections, but many people don’t like these signs of aging and want to do something about them.

We can address Mr. Murray’s signs of aging without surgery and improve his looks dramatically, according to society’s standards. Specific procedures might include rebalancing his own fat, which is known as fat transfer. Fat transfer would address the facial volume loss. In addition, we could target his old age spots (brown pigment – blotchy skin) and skin laxity with laser and light treatments. I often use a combination of lasers, such as the Fraxel re:store, and infrared devices, such as Thermage.

For more information about these and other cosmetic procedures, as well as before and after pictures of actual patients, visit http://www.milfordmd.com

For more on our specials, check out: 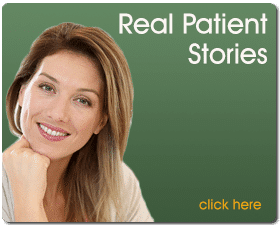 LASER LIPOSCULPTING I’m so excited, I can fit into my pants now. So happy with the results! Thank you Dr. Richard!

As always, going to see Dr. Marina is a pleasure. Very short wait if any. Staff is very friendly, helpful and always receive a warm welcome.

Great professional atmosphere… My first time getting Botox and I cannot stress how comfortable I felt –Everyone is so helpful and excited to answer questions. Dr. Richard Buckley is very professional and terrific at explaining what he is doing and w…